Okay, so now you have listened to more French alphabet songs than you'd ever thought possible.  Enough listening!  You won't learn the sounds and the names of the letters until you get comfortable pronouncing them.  So clear your throat, take a long drink of eau, and try these out:

"Military-style French Alphabet": An English-speaking French teacher walks you through her version of the alphabet, set to the rhythm of a familiar military cadence ("I don't know but I've been told…").  This ten-minute video is very thorough and offers opportunities to practice single lines at a time slowly and then build up to saying the whole chant more quickly.

But this guy's cuter: Tom from easytolearnfrench.com is a young Frenchman who earnestly teaches Anglophone viewers how to say the French alphabet.  Do watch this too so that you hear a native speaker pronouncing the letter names:


Want to keep practicing but don't want to keep watching these same two videos over and over?  (Oui!)

These websites have simple pronunciation activities: 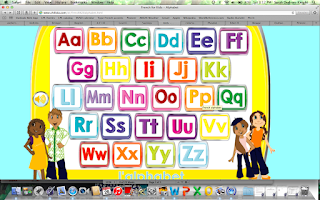 From About.com, words that start with each letter to listen to and repeat: 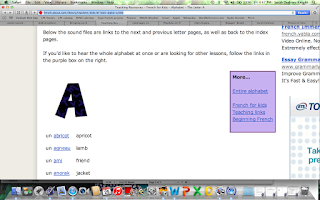 This page from the BBC focuses on the trickier sounds for anglophones, including nasal vowels.  Strangely, it neglects to include U.  (My high school French teacher always told us to "round your lips as if you're going to say "ooooo" but then say "eeeee" instead.") 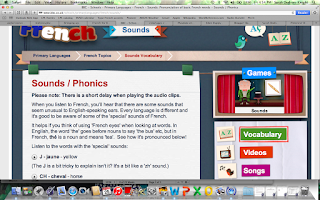 And, finally, here's another activity that reinforces on the vowel sounds, courtesy of hello-world.com: 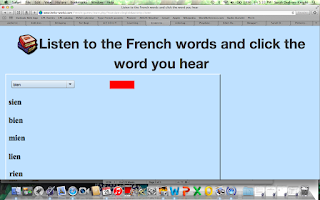 Coming soon: l'alphabet français, part 3, which will feature games and apps about the alphabet….
Posted by Sarah @ Baby Bilingual at 9:48 PM