Griffin: "pioneering" a third language in our family

Our son is going to be trilingual!!! 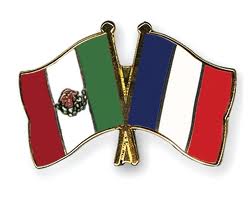 In Boulder County, parents can enter their children in a lottery to attend any public school in the area.  Kids are guaranteed a spot in their neighborhood school, but if another school feels like a better fit, they can try for open enrollment elsewhere.

My husband and I decided several years ago that we wanted Griffin to attend Escuela Bilingue Pioneer, the county's Spanish-English immersion elementary school (which is, fortuitously, right here in Lafayette three blocks from our house--while our assigned "neighborhood" school is on the other side of town).  But we knew that even if we tried to open enroll him for kindergarten at Pioneer, there was no guarantee that his name would get picked out of the hat, especially since the school keeps the percentage of native speakers of English and native speakers of Spanish even--surely more than ~25 anglophone kids in the entire county would be hoping to enroll in kindergarten at the same time as Griffin!

Then we heard that there is a bilingual preschool program at the school and that students who attend are guaranteed admission to the elementary school, so we applied last year.  And Griffin spent 2011 on the waiting list to no avail.  When we reapplied early this year, he didn't make it in the first round of placements, but then we got a call last week saying that other admitted preschoolers had declined, enough that there would be room for Griffin after all.

I'm thrilled--beyond thrilled--especially since we know now that it's a sure thing.  I was anticipating having to wait until August to find out if he'd move up high enough on the list, and then having to scramble to figure out how to arrange daycare around it (as my Reading Buddies sessions take place after school lets out in the afternoon, we still need to have someone take care of the kids regardless of Griffin's time in preschool).

I was also delighted to learn that the four-day-a-week preschool runs Tuesdays through Fridays, which means that Griffin can continue to attend French playgroup on Monday mornings!

We don't know what this will mean for Griffin's French--we hope that Spanish will complement it rather than replace it--but for now I'll keep immersing him in French at home and in the car.  (And maybe we can look into hiring a francophone nanny to take care of both children instead of sending them to daycare!)
Posted by Sarah @ Baby Bilingual at 5:57 PM