Spring Break in Cancun is not a cliché when the party animal is a three-year-old! 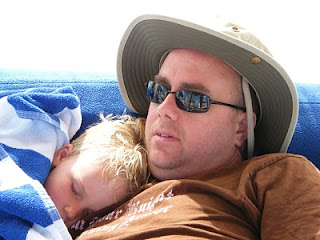 Hola mis amigos! We're back from our trip to a family-friendly resort in Cancun, Mexico, where we spent five days relaxing on the beach. 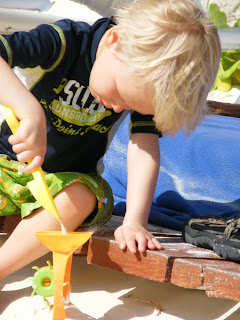 Er, rather, five days chasing Griffin around the resort, which he saw as his own personal giant sandbox. 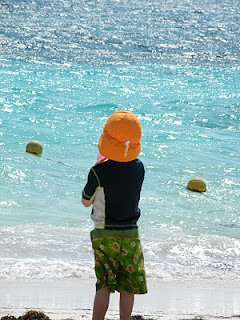 He enjoyed watching the sea birds and the ocean, but not actually swimming in it. (The wind was quite strong and the water pretty cold.) 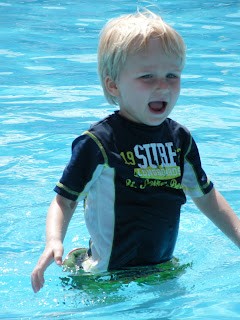 (So was the pool water, for that matter.) 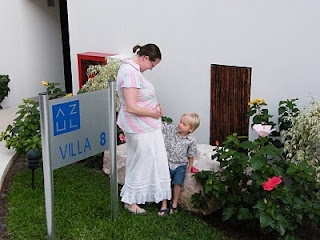 At 22 weeks pregnant, I wasn't able to partake of any exotic tropical mixed drinks (though I discovered that a virgin mojito is plenty tasty). 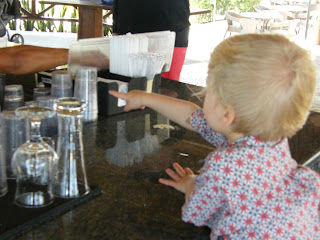 As for Griffin, he got comfortable ordering a leche at the bar. 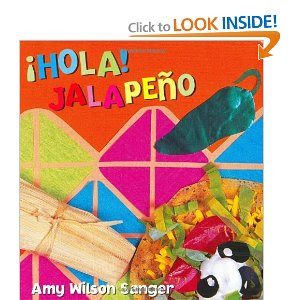 Perhaps the best part of the trip, however, was watching Griffin develop an interest in speaking Spanish! He would hear the staff talking to each other in Spanish, watch my rudimentary efforts to ask and answer questions in Spanish, and try to read the Spanish words on the kids' placemats in the restaurants.Griffin would look around and ask me, "How do we say 'watermelon' in Spanish? How do we say 'bucket'? How do we say 'I want to take a bath'?" While I didn't know a lot of those words, I did at least teach him to say "Gracias" when a server brought us something and "adios" when we left a place. And we tried to get him to greet people with "hola," but for my bibliophile son, "hola" is inextricably linked to the book shown above, Hola Jalapeno by Amy Wilson Sanger. So whenever a staff member passed us and smiled and said "Buenos dias," Griffin would smile in return and call them a chile pepper!
Posted by Sarah @ Baby Bilingual at 8:53 AM