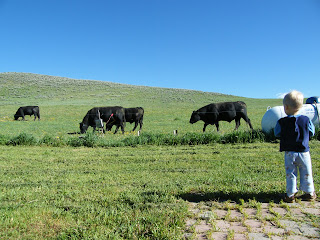 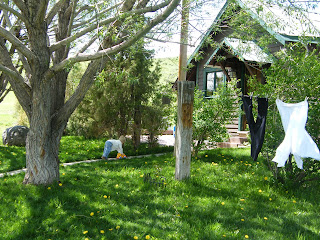 Griffin, Ed (my hubby), and I spent the weekend in Steamboat Springs, Colorado, where we stayed in a bunkhouse on a working ranch while cattle lowed outside our bedroom window. Griffin frolicked in the grass, chased the cat, petted a baby kitten, and had a ball in the hot springs pool downtown and also up in the mountains. 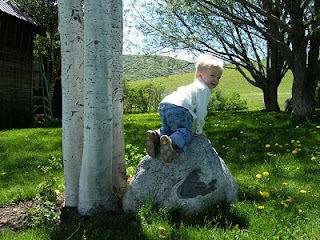 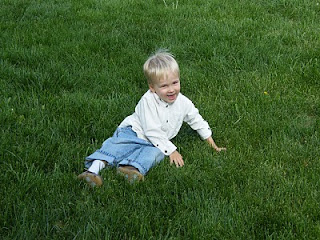 We had lunch one day at the Epicurean, a cute and cozy restaurant run by a Frenchman, Marco. I was thrilled that someone besides me was speaking French to Griffin, and Marco seemed delighted when he brought two rubber duckies to Griffin, calling them "canards" (ducks), and Griffin corrected him to say "canetons" (ducklings). (Okay, I'll confess, that delighted me too.) Every time Marco appeared, Griffin would shout "Monsieur!" with joy.

Anyway, when Marco brought Ed's merguez sausages and French fries, he called the latter "pommes frites." All along, I've simply said "frites" for fries, so that's the word that Griffin learned and uses. But Griffin immediately started saying "pommes frites" just like Monsieur!

Griffin and I had fries yesterday, and he called them "pommes frites" then too. I am convinced that this is Marco's influence, a lasting impression made by a real live French person who spoke directly to Griffin about things he loves!

(By the way, the Epicurean's food was exquisite. Ed proclaimed the lobster bisque and the frites among the best he'd ever had, and I really enjoyed the chunky creaminess of the gratin d'artichauts. And Griffin ate his very first escargot! We almost went back for dinner before we left town.) 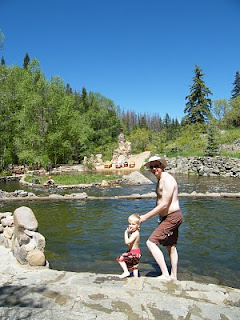 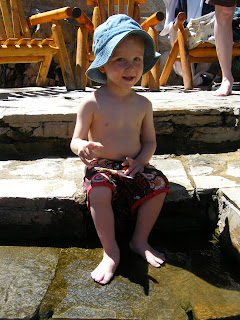