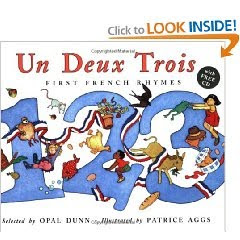 Nursery rhymes are the foundation on which childhood literacy and language acquisition are built. We may not feel that nursery rhymes play a role in our daily lives as adults, but I dare you to hear "hickory dickory dock" and not automatically think of mice. And I bet "the old woman who lived in a shoe/who had so many children she didn't know what to do" came to mind when you first learned of Nadya Suleman, the Octomom. Mary and her little lamb, Old Mother Hubbard, Little Boy Blue, a short and stout teapot, Thumbkin, the baker-man with his pattycakes...these characters peopled my childhood like aunts, uncles, and cousins I only saw once a year but heard about regularly.

Nursery rhymes teach lessons, present positive behaviors to emulate and naughty behaviors to avoid, explain how people interact, show that it's okay to play with language, and much more. Internalizing the rhymes and rhythms helps us learn to speak, and later, to read. They give us glimpses into history and cultures from centuries past and ensure that most speakers of a given language have a common base, a frame of reference, to build upon.

All this is why I felt it was crucial for me to use nursery rhymes in French (comptines) with my son. This meant that I needed to learn many more of them myself--I hadn't encountered too many when I studied French as a teen and young adult. When I taught college French, I found a few that I used when teaching, usually as an introduction to the vocabulary topic we were about to tackle. But that wasn't nearly enough!

In all, we now have four or five nursery rhyme books in French which I read often to Griffin. Some are large hardcovers, others have lengthly CDs, but the one I like the best is the smallest, cheapest one, and I whole-heartedly recommend it to other English-speaking parents like myself:

Dunn has gathered some of the most common comptines and arranged them by category--"dans la prairie" and "au cafe," for example--so that rhymes on similar topics are on the same two-page spread and that the illustration contains elements from all the rhymes printed on the two pages. She labels the relevant pictures in French without giving English translations.

In fact, she doesn't provide English translations for any of the comptines. Rather, at the back of the book, she explains what each rhyme is about or what it was used for, occasionally suggesting movements or fingerplays to accompany them. The teacher in me likes that she doesn't set up the idea that one line in French equals one line in English and also that the illustrations and her comments allow you to get the gist of the rhymes without needing to know what every word means. (At least, that's my impression--maybe someone who doesn't speak much French could weigh in on that?)

Moreover, the paperback comes with a half-hour-long CD of native speakers (one adult female, joined occasionally by children) reading all the comptines, repeating some of them several times. (Another technique that makes me the teacher nod approvingly.) And the best part? It sells for $9.95. What's not to love?

Please click on "comments" to let us know of any nursery rhyme books (English or French) that you adore (and tell us why)!
Posted by Sarah @ Baby Bilingual at 8:54 PM