homework from his Spanish teacher: practice writing in French! 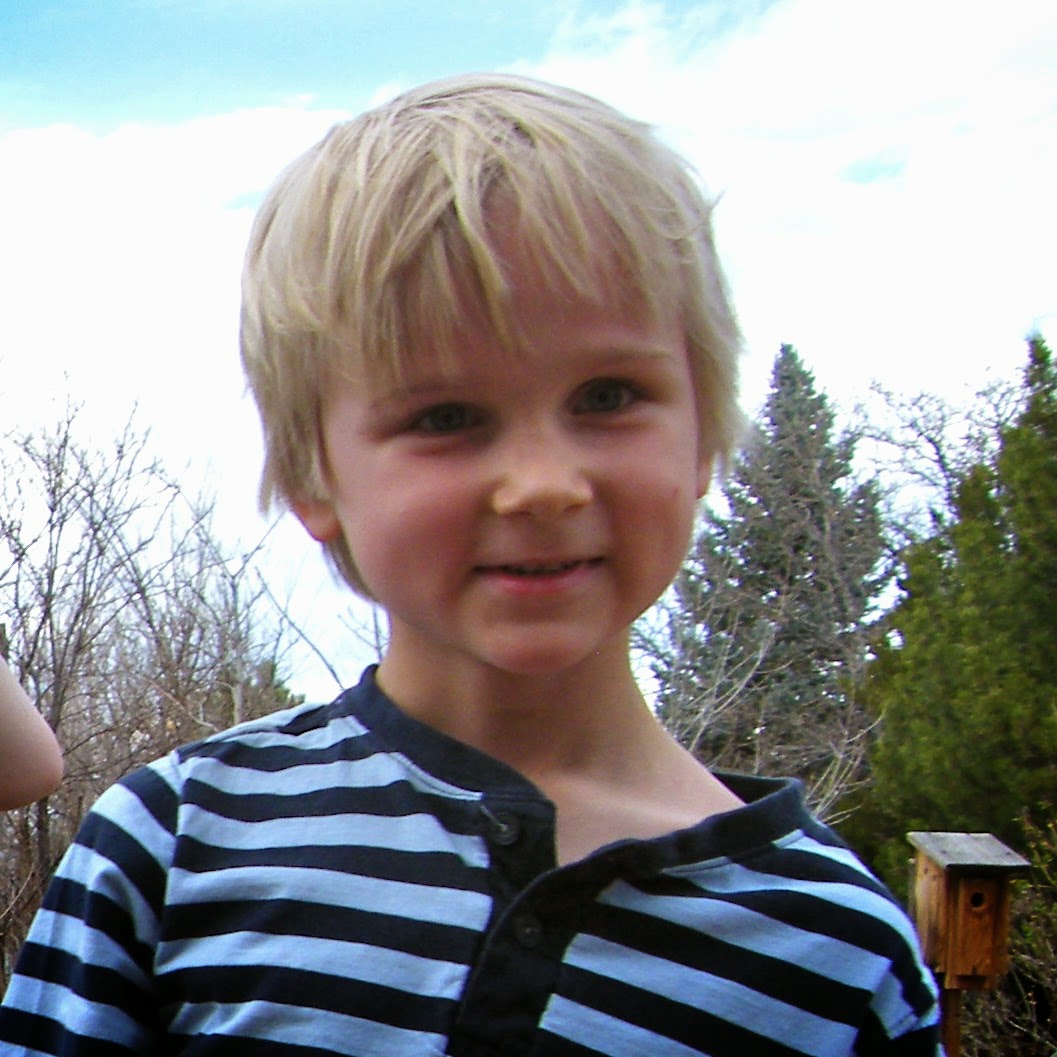 At the urging of his teacher at his Spanish immersion school, my on-his-way-to-trilingual six-year-old son Griffin is now doing homework in French!

The teacher had issued a challenge to the kids at the beginning of the school year: to read 100 books in Spanish and write a couple of sentences responding to them in a sort of reading journal.  She even provided prompts to help the young writers get started--"my favorite part was...", "something new I learned was...", and so forth. 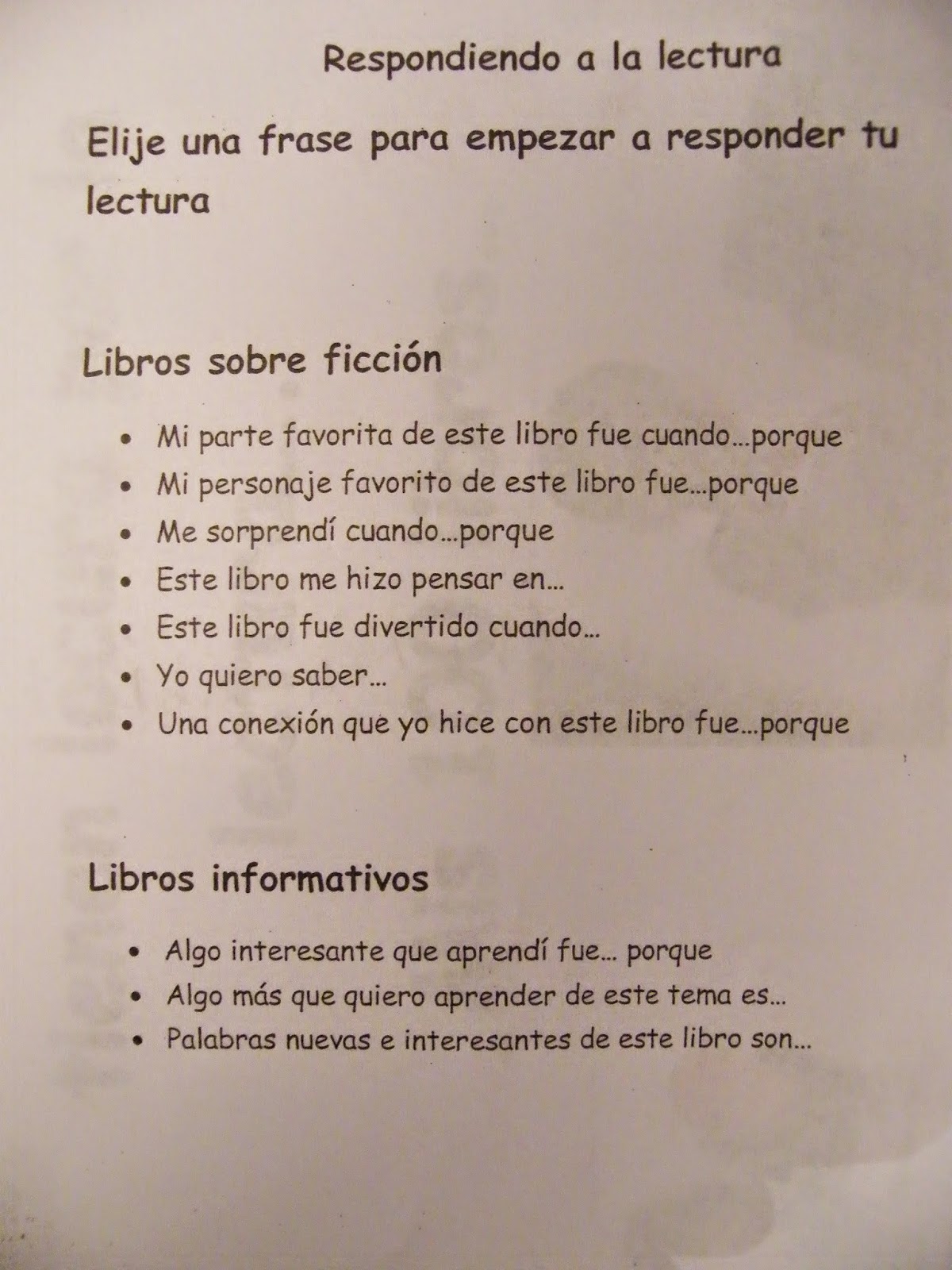 When Griffin brought her his completed journal a couple of weeks ago, she seemed a little surprised that he had finished the 100 books already.  She thanked him, took it from him, and said that she would keep it until she had collected the other students' journals.

Just as she turned to go and Griffin started to dance with glee about having finished all his homework for the rest of the school year, I realized that not being required to read or write in Spanish at home until August was a bad idea.  I mean, he's a smart kid who loves to read, but he wants to read what he chooses and nothing else.  And as soon as he finishes a book, he's off and running to the next one--he's not going to take the time to write about it unless we bribe or threaten (or both).

Desperately, I asked his teacher if she had a new challenge for the students who finished their 100 books, like maybe to try to read another 100 before the new school year begins in August.  Griffin groaned; I winced.

But his teacher, wonderful lady, suggested that this time, instead of doing the 100 books in Spanish, he alternate among books in Spanish, English, and French!  So now, for the first time in his young life, he is starting to read and write in French.  And I get to watch it happen!

Actually, what I'm mostly doing is trying not to interfere.  He picks the text--one of his sister's board books, an easy reader from the Bidule series (downloaded to my iPad), an illustrated article from Youpi magazine--reads it aloud with my help, and then scribbles and scratches a sentence about it (while complaining that writing in French is harder than writing in English and Spanish).

I know, I know.  Developing fluency in your third language is such a chore.

(But what a great problem to have, kid!)

While Griffin writes, rendering what he hears when he speaks French into consonants and vowels and the occasional feisty accent mark, creations that vaguely resemble French words, I sit on my hands or keep a mug of hot tea in front of my mouth so as to avoid telling him how to spell things or that he should add a transition word or just give me the pencil so that I can write what I want him to say!

And when he's done, and when I've found something to praise about the content of his sentence, and only then, do I pick out something to explicitly teach him about.  Tonight, for example, he asked how to spell "canoe" in French.  So I told him about the tréma, the two dots over the second letter in a pair of vowels that indicates that the second vowel gets pronounced separately, as in Noël, thus giving him canoë.
And while where-to-put-two-dots is perhaps one of the least important rules to bother teaching someone who is learning to read and write in French, it's relevant to what he was trying to describe; he understood right away (comparing it to bilinguë in Spanish); and now he has an "Accents en français" page in his writing journal.  I hope that the next time we read together in French, we'll come across other words with that same diacritical mark, and he can add them to the list.

So I anticipate continuing this way for the next month or so--reading to him in French every day as usual, encouraging him to read to me more, and insisting that he write a sentence about it in his reading journal two or three times a week.  Each time, I'll find one thing to point out about grammar or syntax or spelling.  When appropriate, I'll make a new page of hints and examples and lists for his journal that we can add to.  (For example, "The Gazillion Ways to Spell the Sound 'Ay' in French," or "Consonants  at the End of a Word Which We Actually Pronounce, At Least Most of the Time," or "Hey, Look at That, What's That Adjective Doing in Front of That Noun?")

Over the summer, once he's out of school, I will try to increase gradually the amount and frequency that he reads and writes in French.  And the more we read and write together, the more I can point out how my previous teaching points appear in the texts.  And eventually--ideally--it will be Griffin who notices them and pays attention and incorporates them into his own writing.

So, no dictation.  No memorizing lists of irregular past participles.  No expecting perfection (or even coherence, in these early days).  Read what he wants to read, write what he wants to write, talk about it together, and hopefully develop in French the confidence and ease that he has in English and Spanish.  He's just a kid, an on-his-way-to-trilingual kid, and I want him to enjoy the journey. 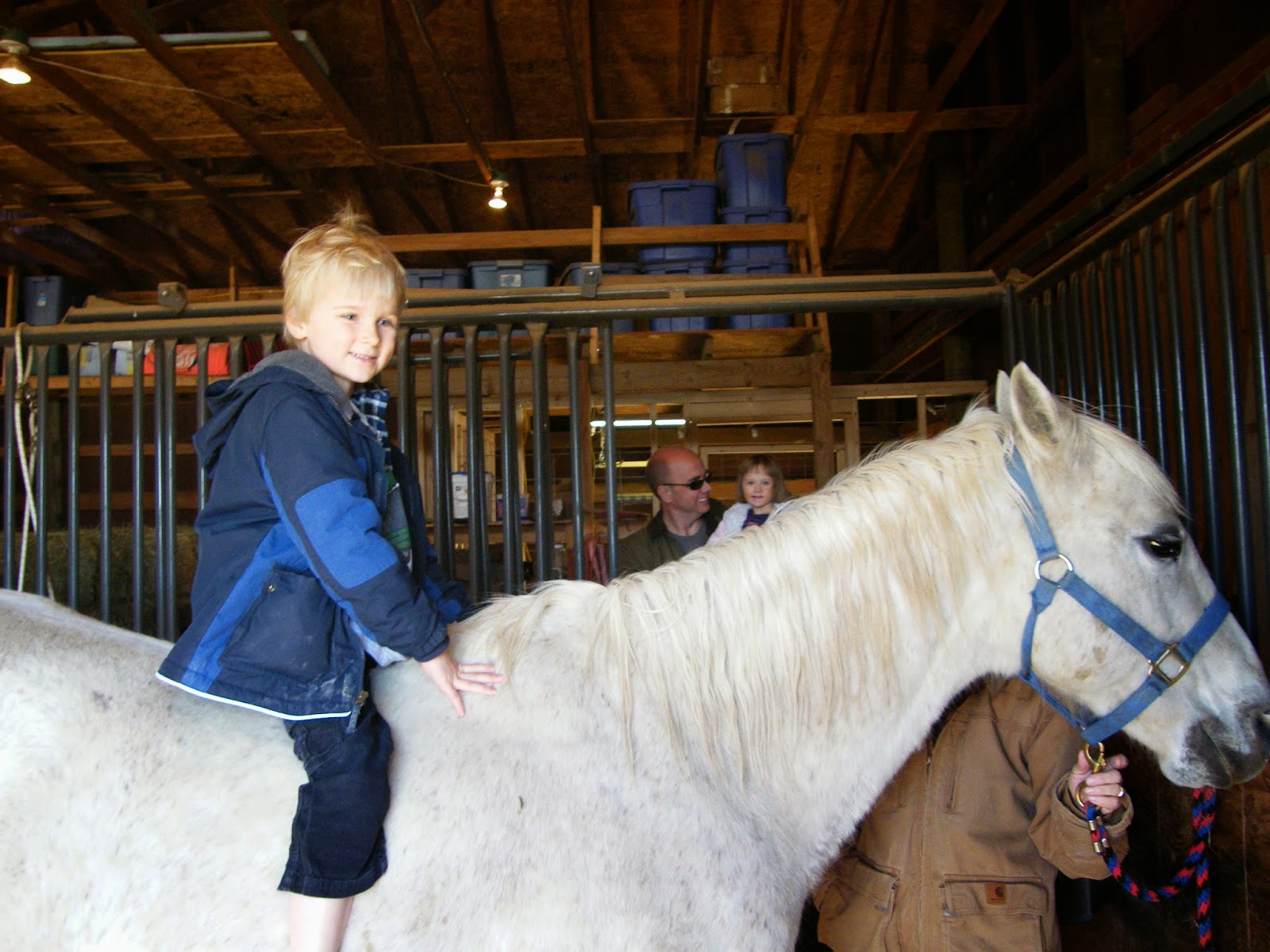