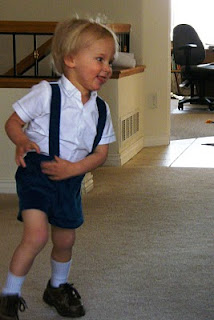 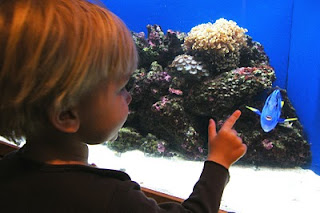 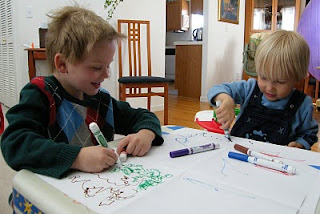 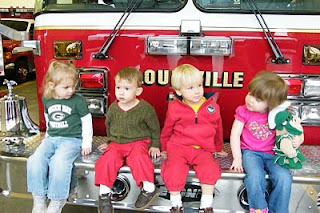 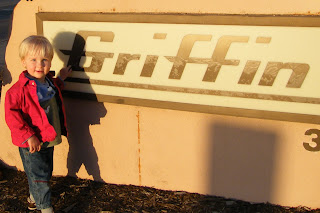 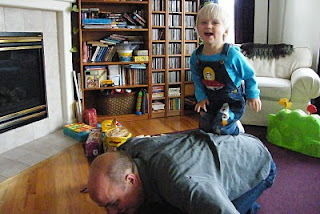 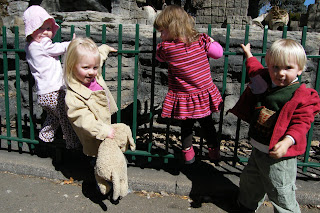 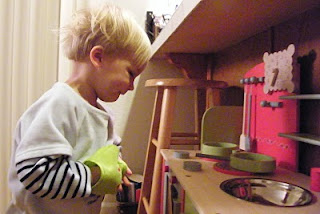 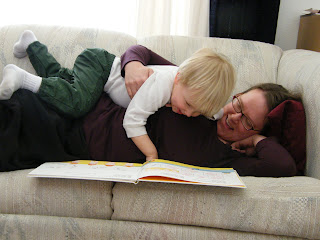 Yes, it has snowed twice in the past three days here in Colorado, but I'm clinging fiercely to the idea that spring has arrived. We've been working in the yard, ordering seeds, taking walks, dressing in in pastel colors. Griffin is now in charge of the local Earthworm Repatriation Program--constantly on the lookout for worms, he delights in picking them up and depositing them in the garden. "Oooo da ver-terre, Maman? I need rose ver-terre!" (He likes the pinkish ones best, for some unknown reason.)
He also made a very funny inadvertent pun: while cleaning out his closet, we happened upon a long-forgotten stuffed peacock. "Paon!" he shrieked, using the correct French word and pronunciation. Then his eyes lit up even brighter, and he sang the first line or two to "Sur le pont d'Avignon"--a traditional song about dancing on a bridge. You see, "paon" and the word for bridge, "pont," are pronounced identically. [Er, make that, "I pronounced them the same"--turns out they are similar but not identical!]
We've been having fun playing inside, too--lots and lots of reading, "cooking" in his little kitchen, attending French playgroup. And as you can see from the photos, our regular playgroup has had some fun outings to the zoo and the firestation and to see some fishies. (Griffin now differentiates them as "playgroup en francais" and "playgroup with firetrucks.") Griffin and Carl still get together once a week as well--that's them coloring together above.

This morning, Griffin and I had the following awww-inspiring exchange:

We hope your spring is turning out fun and warm and springy and that you have lots of people to love too too.
Posted by Sarah @ Baby Bilingual at 9:11 AM